Check out my NEW upper YA science fiction, GEN ONE! 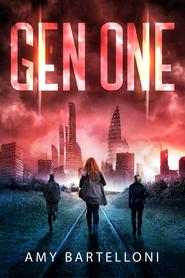