"This is the Arthurian Legend of Camelot like it has never been told."

Camelot is in trouble. Only they can save it.

Arynn Pendragon grew up on the Island of Avalon, isolated and dreaming of the colorful fires that burn on the mainland. Dragons protect the island, but the Knights have forbidden any other magic.

Arynn and her friend Malik yearn to discover the mysteries they’ve only heard about in whispers and forbidden books. When Malik gives her a way to escape the island, she takes it, even though she knows it means she can never return home.

What they discover on the mainland is more than she ever dreamed. Camelot is a world of magical creatures: magnificent dragons, elves, dwarves, and fairies who shrink when they take flight. But Camelot is in grave peril. King Arthur is missing, and in his place, Kay, the Regent, has waged war on magic. Arynn and Malik must rescue Arthur before Kay can destroy Camelot forever.

Experience the start of an Epic Fantasy saga suitable for all ages, which brings a fantasy twist to the legend of Camelot through Arthur's long-lost niece who must go on a quest to bring magic back.

After Malik sacrifices his future to save Arynn’s life, her allies are spread over Camelot.

Bringing them together to begin a new era of peace and prosperity won’t be easy. Though Kay is missing, his influence over Camelot remains strong, and there is another rising in his shadow. One Arynn should have realized, if she were paying attention.

She’ll need her uncle’s help, but he’s still trapped on Avalon and unwilling to return. Perhaps if Arynn can find where Kay hid her Aunt Gwen, he’d be more willing to return?

It’s just one more thing on a long list: find and rescue Malik from her mother’s tutelage and release the bind he agreed to, rescue her friend Enid from Mordred’s hold in Pixieland, follow Merlin wherever he took Anorak to save the dragon’s life... oh, and reunite the Kingdom.

The Quest will return them to Pixieland, where she must confront Mordred and beg for his help all the way to the depths of the lost city of Atlantis and the secrets of the merfolk, who usually don’t choose a side. They will this time, but will it be the right one, or will she need to use the phoenix magic she was gifted by Mordred to make one last, terrible decision? 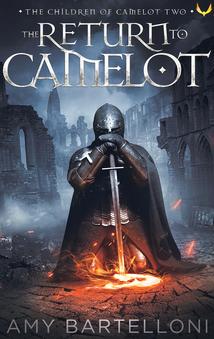 Defeating Kay’s hold on Camelot will be more difficult than Arynn Pendragon imagined.

Before they can lift a finger to free the magical creatures from his hold, their dragons fall ill–hexed by evil magic. Kay enlisted the help of the sorceress Morgana, and in order to save the dragons, Arynn and Malik will have to confront not only her power, but the secrets she holds over Arynn.

However, Morgana isn’t their only enemy.

On the way to break Kay’s hold, they will need to ask Mordred, the King of Pixieland, to use his unstable magic to help them defeat Kay. Such magic comes at a cost, as Malik has found out. Arynn will face trials and betrayal, and if she can finally break Kay’s hold, will the magical creatures fight for her or against her? 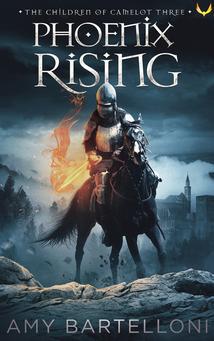 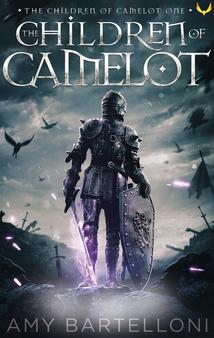